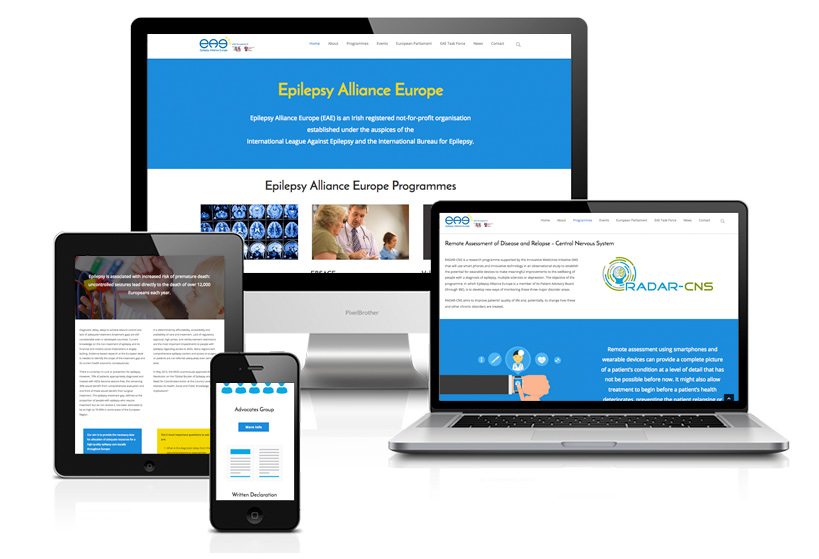 The website aims to showcase the work of the task force, its programmes and activities to raise awareness about epilepsy, and EU and other funded projects in which is it actively working. Epilepsy Alliance Europe is involved currently in a number of EU projects that are ongoing and is also in the process of answering current calls for project proposals. As a means of raising awareness about epilepsy across Europe, it creates activities to celebrate the annual International Epilepsy Day each February in the European Parliament and across the region.

A major asset of Epilepsy Alliance Europe is its structure, which draws equally from the experience and knowledge of highly qualified specialists from both the social and scientific epilepsy communities, as well as from the political sphere. These include neurologists and epileptologists, pharmacologists and other health professionals, non-health professionals and retired EU politicians.

The new design of the site also provides information on the European Advocates for Epilepsy working group in the European Parliament; a group of more than 50 MEPs (Members of the European Parliament) whose aim is to improve the quality of life of all people with epilepsy, their families, care‐givers and healthcare providers through European Union (EU) policy. The European Advocates for Epilepsy played a significant role in the approval of a EU Written Declaration on Epilepsy, which was the catalyst to a major increase in the level of funding directed at epilepsy research in recent years.

EpilepsyAllianceEurope.org provides additional information about the alliance, including its aims, objectives and its membership structure.

In addition to showcasing its work, the new website will also allow other current and future project groups to establish whether the alliance might provide a good fit in identifying project partnerships. If you are involved in a project, either already underway or still in preparation, and think that Epilepsy Alliance Europe could be a suitable partner, you can contact us online here.