The European Advocates for Epilepsy working group was created in April 2011, following the successful launch of the first European Epilepsy Day (now International Epilepsy Day), which was hosted in the European Parliament in Strasbourg by Gay Mitchell MEP. The aim of the group is to improve the quality of life of all people with epilepsy, their families, care‐givers and healthcare providers through European Union (EU) policy. 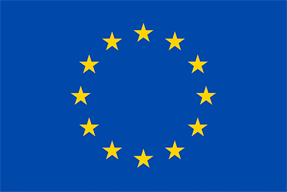 The first action of the working group was to submit a Written Declaration on Epilepsy, which was passed on 15th September 2011, carrying the signatures of a significant majority of MEPs (459 signatures) and which has subsequently been used as an important tool in highlighting the need for better services for people with epilepsy and increased funding for research in epilepsy.

Epilepsy is the third most common neurological condition in the European Union, after Alzheimer and Stroke. Yet, despite this statistic, when the first European Epilepsy Day was launched in 2011, European Union Framework Programme 7 (FP7) research funding for epilepsy stood at a mere €30 million for the period 2007 – 2013. This is in contrast to the figure for total European Health costs associated with epilepsy, which had been estimated at €15.5 billion.

Epilepsy is the third most common neurological condition in the European Union, after Alzheimer and Stroke.

Thanks to the exposure that epilepsy received since the creation of the Advocates Group and the Written Declaration in 2011, research on epilepsy was defined as a priority in the last FP7 ‘Health’ Call for proposals published in 2012. This led to further funding for epilepsy related projects to the amount of €36 million which was inserted in the final call for the FP7 projects.

Since 2011, the European Advocates for Epilepsy working group has hosted an annual day for epilepsy each February (European Epilepsy Day in 2012, 2013 and 2014, and now International Epilepsy Day 2015 and 2016), in addition to a number of workshops on topics such as Epilepsy & Sport (November 2011), Prevalence and Costs of Epilepsy (February 2013). A number of meetings with the Commissions have been facilitated and, during the Irish Presidency of the European Union in 2013, a conference on Epilepsy Research was held in Dublin.

In June 2016, 20 members of the group added their signatures to a letter calling on the support of national members for an application for a European Reference Network on Rare and Complex Epilepsies.

The support of the European Advocates for Epilepsy working group is a vital link to Epilepsy Alliance Europe in all of our endeavours in Europe. It has opened doors and provided direction on avenues we can take in our work to make a difference in Europe. Without this support and direction, we would not have achieved the success we enjoy today.